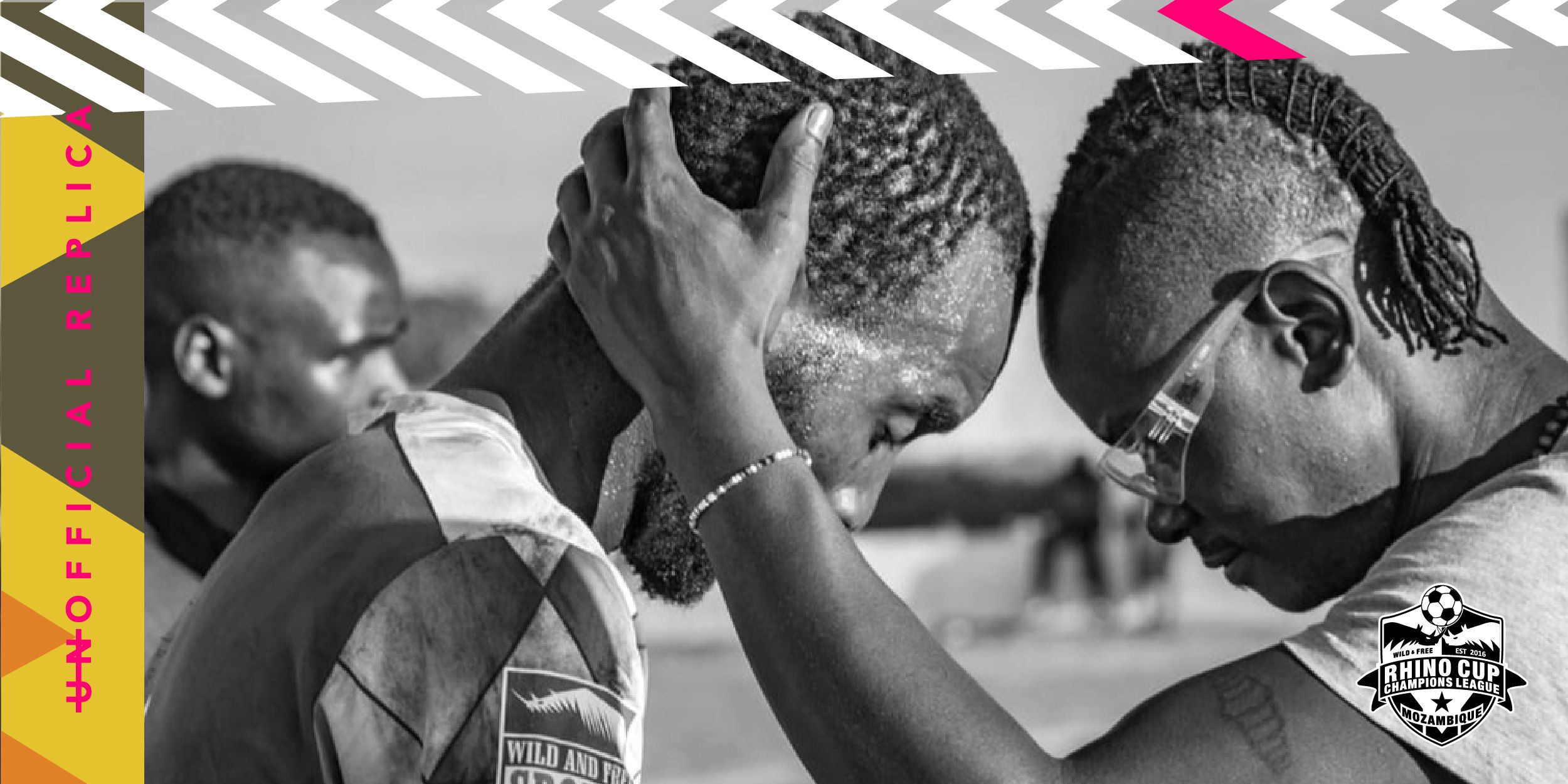 Kit and Bone and the Wild and Free Foundation are proud to announce a new partnership that will see Kit and Bone becoming WFF's first official lifestyle clothing partner. This new range of apparel, inspired by football culture, will stay true to Kit and Bone's infamous offbeat take on the beautiful game. Bringing to life a capsule collection for each team currently playing in the main Rhino Cup Champions League (RCCL), all designed in the unmistakable Kit and Bone style. Supporters of the charity and followers of football shirt trends can expect to be particularly excited by the introduction of a full release of RCCL Unofficial Replica jerseys. A garment that is the bedrock of any Kit and Bone collection. Each of the 14 teams will have its very own shirt reimagined by the lifestyle brand's creative team plus several other surprises over the next 12 months.

Kit and Bone founder Matt Pascoe said of the partnership "I'm thrilled to be working with the brilliant team at WFF and hope that our collections will help raise the profile of this wonderful charity's work within the football community and beyond. The competition's concept is so wonderfully simple but its impact is nothing but life-changing for both the Rhino and the communities faced with decisions and conflicts many of us simply couldn't imagine. And that is down to the vision of the WFF team, listening to those communities and thinking outside of the box to bring their mission to life.

Our Unofficial Replica jerseys always aim to put an irreverent twist on the expected norms of football shirt fashion. Our partnerships with clubs and charities aim to take that ethos and give supporters a leftfield design that truly surprises and delights.

I think this is why the Rhino Cup stopped us in our tracks. The notion that something as simple as a game of football can have such a profound positive impact on the communities it serves, is 100% aligned with our reason for being. We could instantly see the strong creative narrative, that we could work with to generate something really special for the Wild and Free Foundation's audience and the wider football community alike."

The Wild and Free Foundation had this to add “Be new, be daring, be different”, this is a quote I read on a bar coaster years ago. I was reminded of this quote when I was introduced to Kit and Bone founder Matt Pascoe. Wild and Free Foundation is extremely excited and proud to partner with Kit and Bone to create Unofficial Replica jerseys and football apparel inspired by the Rhino Cup Champions League in Mozambique. All of us at Wild and Free are so thankful to Kit and Bone for taking on this project to expose the RCCL to the world. The RCCL is saving the lives of both people and rhinos, and as a donor funded league, everyone who purchases an item from this partnership will be directly contributing to the operation and survival of this league which is so uplifting in the rural villages where rhino poachers come from.

Who are Kit and Bone?

After spending 25 years living and breathing football and seeing first-hand how money had become the key driver behind decisions, it had become very clear to me that being an 'official supplier' of this, or the 'sponsorship partner' of that, meant nothing more than you were prepared to pay more. The heart was going from the game and that was sad to see. Kit and Bone exists to unite football fans. We talk to the part of a football fan's soul that loves the game without question, the part of us that isn't ruled by money or our allegiance to one club. We celebrate the part of us that appreciates football for simply bringing us together, a true leveller of people, across the world. The beautiful game in its truest sense. We work with clubs and charities to recreate unique football shirts and products to raise funds for their fans and the wider football community.

Who are the Wild and Free Foundation?

Wild and Free Foundation is a 501(c)(3) non-profit organization based in the United States and South Africa formed in 2014 with the purpose of protecting wildlife in Africa by engaging and uplifting marginalized communities living next to wildlife reserves. The Foundation's work currently focuses on the Great Limpopo Transfrontier Park region which includes Kruger National Park and the surrounding wildlife reserves in South Africa, Mozambique, and Zimbabwe.

In 2011, Wild and Free co-founders Matt Bracken and Rohan Nel went through Protrack Anti-Poaching Ranger Training in Hoedspruit, South Africa, their mission was to protect rhinos from poachers. In 2014 the pair founded Wild and Free Foundation to support anti-poaching rangers with training and gear. However, over time, it became clear that the military approach to protecting wildlife has limitations. Not only are communities torn apart when rangers are pitted against their neighbours who are poachers, but the underlying social and economic reasons why local people poach are not being addressed. Poaching is one of the few ways left to earn a living and feel productive while staying in the community.

In 2016, Wild and Free made a pivot. They decided to go and speak directly with poaching communities in Mozambique to see how they could work together to create opportunities other than rhino poaching. A meeting was arranged with community leaders including chiefs, elders, and rhino poachers, to begin a dialogue. What came from that meeting was a desire by the communities to develop an organized football league for young men. Nearly every village already had a soccer field, and the people had a deep knowledge and passion for the game. What was lacking was uniforms, equipment, referee training, team transportation, prize money, and a dedicated committee to manage the league. Boredom,

idleness, and poverty are contributing factors to becoming a poacher, the football league would address all three.

Why a Football League?

Poaching is rapidly causing the extinction of the African rhinos. In southern Africa, Mozambican poachers are involved in 85% of rhino poaching incidents. Since 2008, over 800 young men from southern Mozambique have been killed by anti-poaching forces in wildlife reserves, resulting in over 400 widows and 1000 orphans. Human lives are being lost. Families torn apart. Communities being turned against conservation. People want change! Our work in anti-poaching and familiarity with the area led us to start the Rhino Cup Champions League in 2017. Killing poachers is not the long-term solution to protecting rhinos. During the 2019 season, wildlife authorities estimated the league was responsible for saving 10 rhinos per month, and government officials in the communities estimated the league was responsible for a 90% reduction in deaths and arrests related to poaching. The league is transforming communities, it is making a big difference.

Boredom, idleness, and poverty are the driving factors to becoming a rhino poacher, the league is addressing all three. We believe that by engaging communities with football we can save human lives, and rhinos lives. We started a football league to uplift people and communities, and to make a long term and lasting impact on the conservation of African wildlife.